Why We Pay More Attention to Bad Stuff - Palace Hypnotherapy 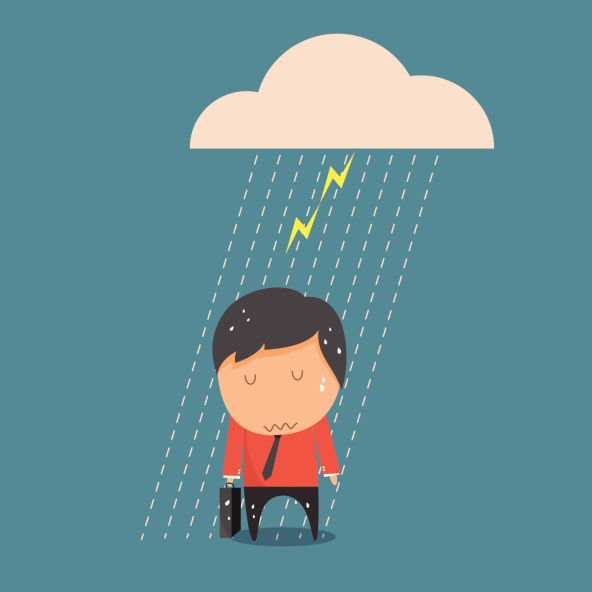 Have you ever noticed yourself dwelling on a mistake? Perhaps you took a test and got nineteen out of twenty questions right, but all you can remember is the one you got wrong?  Or perhaps you received feedback on a project, and in amongst all the praise was a single criticism, and this is the one thing that sticks out in your mind? Well, don’t worry, because you’re not alone. A great many of us tend to respond in this way, something explained by the Negative Bias.

In many ways, this is an extraordinarily useful trait. As Alex Korb says in his excellent book, The Upward Spiral: ‘You wouldn’t want an optimistic structural engineer [saying] “I’m pretty sure that bridge will hold up”’. From an evolutionary perspective, it’s this bias that has kept us alive. If we hark back to my post about the Sympathetic Nervous System, the ancestor most likely to live long enough to reproduce and actually be an ancestor is the one who took the rustle in the bushes seriously, and made sure there was no bear lurking in the woods before allowing himself to relax. After all, we can be wrong as many times as we like, but we can die only once.

So while the negative bias has its uses, it does mean we need a high ratio of positive to negative in order to feel contented in our lives. According to Korb, an accomplished neuroscientist, ‘after considerable study, it turns out that ratio is three to one. We need three positive comments from a friend for every negative one, three wins at work for every loss.’ This is further complicated by the fact that not everyone is the same – people with depressive tendencies tend to have a stronger negative bias, and consequently need even more affirmation in order to keep an even keel. And to make the situation even worse, our perception of these events is mood dependent – if we’re in a bad mood, we perceive things even more negatively, making it even harder to break free from depressive cycles.

The reason for this asymmetric response to different events is down to the way the brain processes emotion. Here’s more from Korb to explain:

‘Negative events cause greater self-referential activity in the medial prefrontal cortex and also increased activity in the insula, which is responsible for noticing visceral sensations … they also engage more of an emotional response in the amygdala and hippocampus. These changes in brain activity suggest that we experience negative events more personally and we feel them more deeply’

So while we want the structural engineer to keep doing her sceptical thing, how do we mediate our negative thoughts and try to inject a little more positivity into our lives? When our emotional brain, the limbic system, is in overdrive, spewing out anxiety and negativity, it is the job of our rational brain, the prefrontal cortex, to intervene. Left unchecked, our emotional brain will go into a negative spiral, as our mood worsens and our perceptions grow ever more pessimistic. However, by setting positive intentions, making rational decisions, and actively questioning the conclusions these negative spirals can usher us towards, we can reverse the trend and start seeing things in a more positive light.

Being more mindful of our thoughts and feelings is a great start; building an awareness of our cognitive and emotional patterns. Likewise disputing our negative conclusions, asking ourselves whether the fact we forgot to post a letter is sufficient evidence to conclude that we are total failures. Lastly, and here is where hypnosis can be enormously useful, we can aid ourselves by setting positive intentions and giving ourselves more helpful, constructive suggestions as to how we might respond to any given situation. In doing this, we begin the process of reprogramming our brain to react in a new, more positive way. Then, hopefully, we can slowly start to notice just how much good stuff there is in our lives, and bask in the warm glow of contentment that emerges from this realisation.

And if that’s too sentimental for you, perhaps we can take the view of that great cynic Voltaire, who famously concluded that if all human misery were collected into one place, most people would be delighted to walk away with their own share. Perhaps then you can look at your own little slice of misery pie in a new way, serve it with ice cream, and notice how it really doesn’t taste all that bad.