Willpower and its limits. - Palace Hypnotherapy 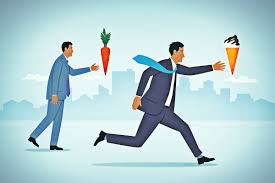 One of the most common misconceptions around willpower is that we can simply switch it on and off. Those of us who are ‘mentally strong’ are able to exercise it regularly, while ‘mental weakness’. This so-called ‘mental weakness’ is generally perceived as some kind of deep character flaw, a stain on the person who cannot say no the extra slice of cake.

The first thing to note is that willpower is a finite resource. Multiple studies show the weakening effects of exercising willpower, such as this one, from the American Psychological Association’s leaflet on the matter:

‘Some of the earliest evidence of this effect came from the lab of Roy Baumeister. In one early study, he brought subjects into a room filled with the aroma of fresh-baked cookies. The table before them held a plate of the cookies and a bowl of radishes. Some subjects were asked to sample the cookies, while others were asked to eat the radishes. Afterward, they were given 30 minutes to complete a difficult geometric puzzle. Baumeister and his colleagues found that people who ate radishes (and resisted the enticing cookies) gave up on the puzzle after about 8 minutes, while the lucky cookie-eaters persevered for nearly 19 minutes, on average. Drawing on willpower to resist the cookies, it seemed, drained the subjects’ self-control for subsequent situations.’

Coming back to that person who cannot say no to that extra slice of cake. How many times has he or she attempted to deny themselves an indulgence throughout the day? How many sugar cravings have they resisted? How many intrusive thoughts? When it feels like you’re fighting an epic rearguard battle all the time, it is inevitable that the at some point your defences will crack. And the worst part is that the moment they do, everything resets and the rearguard starts all over again. What first appears as mental weakness begins to look like a heroically doomed exhibition of mental strength.

In order to maximise willpower, we need to address two things: conditions and conditioning.

Creating the right conditions for success is imperative. It is often much easier to manipulate our immediate environment than it is to suppress our urges and desires. If you’ve ever attempted dry January, you probably didn’t get yourself to the pub at any given opportunity. In fact, you probably did your best to avoid the pub for the whole month is possible. Avoiding temptation is a common-sense move – it’s far easier not to drink alcohol if there is none around. The more your conditions are aligned with your aims, the less precious willpower you need to expend in order to achieve the things you want.

The next question is why is so much willpower required to resist the cookies? Why is the conscious decision not to have one enough? The answer to that lies in our ‘programming’ – our habitual or learned behaviours, and the operations of our subconscious mind.

Consider the example of driving. Think of the panicky feeling of approaching your first roundabout, trying to coordinate the use of all the different pedals, shifting gears, checking mirrors while remembering the rules of the road and being aware of the immediate flow of traffic. And now think how you can do all of that while nodding along to the radio and maintaining an in-depth conversation with your other half. You drive expertly without thinking about driving at all.

This is a positive example of how we can benefit from automatic behaviours, but there are plenty of negative ones to choose from. The smoker who doesn’t even realise he’s lit the next cigarette. The couple enacting the same row for the hundredth time. The people-pleaser who sacrifices herself at the altar of another’s needs while neglecting her own. Our behaviours become deeply engrained over time, so much so that we’re not even aware we’re doing them. Unpicking these habits often requires more refined tools than the blunt force of willpower.

None of this is intended as a fatalistic abrogation of the need to try. It’s a mantra among alcoholics that while your disease is not your fault, getting better is your responsibility. None of us want to have ‘My Willpower Was Finite’ written on our gravestones.

First we must cultivate an awareness of these habits, bringing them into conscious focus. CBT provides an excellent framework for identifying self-limiting beliefs and habitual behaviours. It’s a question of identifying  the story we tells ourselves about something. Just the other day, a client described himself as having ‘an addictive personality’. When I asked him what he meant by that, he told me how he likes to plunge headfirst into whatever he’s doing. I asked whether ‘enthusiast’ might be a more accurate way of describing these tendencies. He agreed. I then asked him who would be more able to control his impulses: ‘the addict’, or ‘the enthusiast’. Obviously he agreed it was the latter, and it became clear that framing his personality as he had been was essentially giving him licence to not take ownership of his actions.

While changing this conditioning is not an easy process, we do have access to a secret weapon: hypnosis. Hypnosis gives us the means by which to ‘update our software’, using positive suggestions to create a new default responses and behaviours. This is why I have described hypnosis as ‘willpower on steroids’. If you can change the way you respond to something, alter the very associations into something more beneficial, you will have to expend far less of your precious willpower to achieve the results you desire.